TitelHead of Group Communications
Munich RE

Lampersbach studied law at the University of Hanover from 1983 to 1989 and completed his studies with a second state examination. He then completed an internship at the daily newspaper “Hannoversche Allgemeine”.
Andreas Lampersbach began his professional career as Corporate Counsel and Deputy Managing Director at the Lower Saxony Chamber of Engineers. From 1995 to 2000, he was Head of PR and later Head of Communications of World Exhibition EXPO 2000 Hannover GmbH, accompanying the preparation and execution of the World Expo. Before joining MAN, Lampersbach was head of department at the daily newspaper “Hannoversche Allgemeine”. 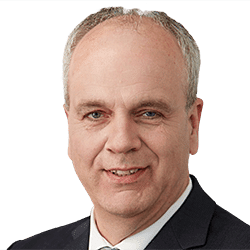