Andreas Renner has been Head of Politics, Economics and Society at EnBW Energie Baden-Württemberg AG since January 2015, where he has headed the Berlin and Brussels representative offices since 2009. However, his work at EnBW began in 2006, when Renner became head of EnBW’s Renewable Energies Division before becoming head of EnBW’s Brussels Representative Office.

After studying administrative sciences at the University of Konstanz, Renner worked as a state civil servant in the Baden-Württemberg Ministry of the Interior and the Ludwigsburg District Office. From 1990 to 1991 he worked in Baden-Württemberg for the Regierungspräsidium and from 1991 to 1992 for the Ministry of Economics. After a one-year stay at the Baden-Württemberg Leadership Academy, he was elected Lord Mayor of the City of Singen in 1993. He held this office until 2005.

His competence in ecological topics is well known and widely recognized. As Minister for Labour and Social Affairs of the State of Baden-Württemberg and Lord Mayor of the City of Singen, he has made a name for himself as a committed and strong manager. 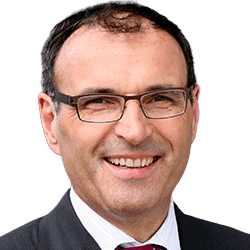