Christoph Horn was born in Düsseldorf in 1966. He is married, has 3 sons and lives with his family in Ravensburg.

After his studies at the University of Cologne he worked as a journalist for several years. From 1997 Christoph Horn held management positions in various companies such as General Motors Europe and Adam Opel AG. From 2002 to 2006 he was responsible for International Communications & Launches at DaimlerChrysler. He then moved to Mercedes-Benz Cars, where he became Head of Corporate Communications.

He has been Senior Vice President Corporate Communications at ZF Friedrichshafen AG since 2015. 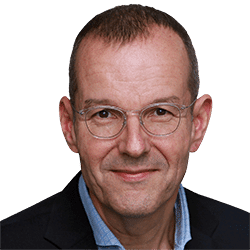