Dirk Finger studied literature, economics and political science at universities in Saarbrücken, Edinburgh, Paris and Berlin.
He then worked as a news editor for ZDF, n-tv and CNN. He also moderated and directed several talk shows. Dirk Finger was also involved in the development of the Internet television project NBC-Giga.
Dirk has been working as a coach, communications consultant and media trainer for ten years. He regularly coaches teams and executives from startups, NGOs, companies and authorities, including the Federal Press Office, the Federal Ministry of Economics and the Cyber Innovation Hub of the German Armed Forces. 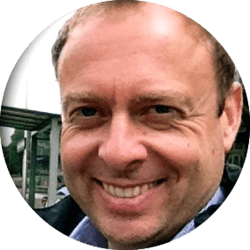