Since June 2008, Dr. Christian Lawrence has been steering the Munich Re Group safely through the financial and economic crisis as Head of Group Communications. He is responsible for Munich Re’s communications in economically and medially challenging times and for the company’s strategic pioneering role in the desertec project, which recently met with much approval and praise beyond PR industry circles.

Previously, Lawrence had already worked for Munich Re as head of the central press division in the department of the company’s Chairman of the Board of Management. Before joining the world’s leading reinsurer, Lawrence coordinated press relations for the various subsidiaries of Allianz Global Investors AG, the second largest asset manager in the world, and was responsible for global external and internal communications. As Head of Global Communications at General Re Corporation Stamford Connecticut, from 2000 to 2003 Lawrence was responsible for worldwide press relations and internal communications for the American market leader and parent company of the Cologne Re. Prior to this, Lawrence was Head of Public Relations at Kölnische Rückversicherungs-Gesellschaft AG in Cologne and coordinated its PR strategy vis-à-vis the parent company.

Lawrence began his career as a personnel officer and commercial director at Robert Bosch in Reutlingen and subsequently as head of central marketing and public relations for the company in London. 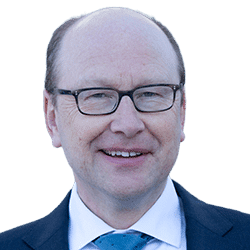