Dr. Jens Schreiber has been Head of Corporate Communications at EnBW since July 2013.

Jens Schreiber, 53, was previously Corporate Communications and External Affairs Director at Celesio from March 2010. From mid-2007 to 2010, he was responsible for international media communications for the E.ON Group in Düsseldorf, after initially taking over as Head of the E.ON Group Representative Office in Berlin in the first half of 2007.

He joined Klöckner-Humboldt-Deutz AG in Cologne in 1985. 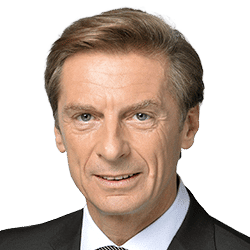