Dr. Joachim Lang has been Head of E.ON’s Representative Office in Berlin since 2007. In this position he is head lobbyist of the energy group.

After graduating from high school and language training with the German Armed Forces, Dr. Joachim Lang studied law and political science in Tübingen, Bonn and Saarbrücken. In 1994 he received his doctorate from the Faculty of Law at the University of Münster. In 1997 he completed his Master of European Studies (M.E.S.) at the RWTH Aachen University.

Until 2007, he headed the Federal Government’s European Policy Coordination Department at the Chancellery. Before joining the Federal Chancellery, Lang worked in the CDU/CSU parliamentary group, the Bundesrat and the Federal Ministry of Defence. 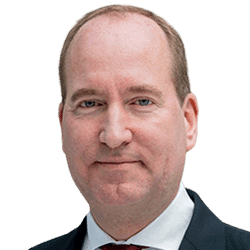