Since 2017, Dr. Walter Körmer has been spokesman for the management of the real estate partner Universitätsklinikum Schleswig-Holstein GmbH, which is building and technically operating one of the largest European hospital projects at the Kiel and Lübeck locations. In 1980, Dr. Körmer began his career as a trainee at the 4P Packaging Group, where he subsequently worked in the R&D and production of plastic films. At the American chemical company DOW Chemical, he worked in the area of product development and application technology of special plastics, most recently as department head for customers throughout Europe. From 1993 he was Managing Director of SIG Combibloc, one of the largest manufacturers of packaging systems for liquid foods, most recently as CEO of the SIG Combibloc Group. In 2000, he joined Heraeus Quarzglas, a major manufacturer of high-tech products for the semiconductor industry, as sole Managing Director. He then held the management position in sales and marketing at SENOPLAST, and the sole management of Lindenfarb, Europe’s largest independent textile contract finisher, both suppliers to the automotive industry. 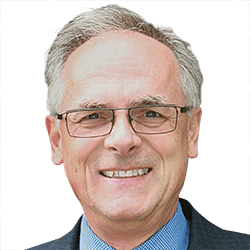