Holger Lösch was born in 1963 in Schweinfurt. He is married and has two children.

From 1983 to 1992 he completed a degree in Political Science, History and German Studies at the Ludwig Maximilians University in Munich.

He began to work as a journalist during his studies and editor at Bayerischer Rundfunk in the field of television. From 1995 he headed the staff TV Directorate of the Bavarian Radio until he took over the management of the Central Program Coordination in 1998.

In 2001, Holger Lösch moved from the Bayerischer Rundfunk to the Schörghuber Group in Munich, where he worked until 2007 as Head of Corporate Communications and Marketing. From 2006 he was also a member of the company management.

From 2007 to 2008, he was responsible for the Corporate Development, Communication and Customer Relation Management of Arabella Hotel-Holding, Munich.

In 2008, he became Head of Communication and Marketing at BDI, and from 2009 also Member of the Executive Board.

Holger Lösch has been a member of the Executive Board since July 2011 and Deputy Managing Director of BDI since April 2017. 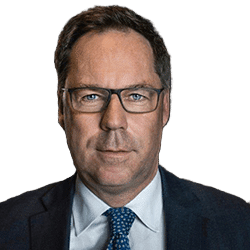