Jan Mönikes is a partner in a Berlin law firm specializing in IT, media and copyright law. He was previously active in the political arena for many years and held positions of responsibility for international companies. As a lawyer, he advises on difficult issues at the interface between law, politics and the media and represents a number of well-known companies and associations, in particular in matters of public speaking and media law. In addition to Quadriga University in Berlin, he is also a lecturer at the Brandenburg Technical University in Cottbus and holds a number of honorary positions. He is also a legal advisor to the Federal Association of German Press Spokespersons (BdP) and the European Association of Communication Directors (EACD). 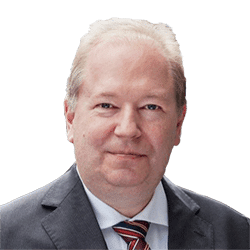