After graduating from the University of Duisburg with a degree in mechanical engineering, Jörg Hurtz began his career in a leading position at a subsidiary of SCHOTT AG, based in Mainz. As managing director of the joint venture he co-founded, FIEGE novalogistics GmbH & Co. KG, he continued to be active in the SCHOTT AG group.

Extensive professional experience in an international environment rounds off Jörg Hurtz’s profile. As site manager in the Czech Republic, he developed and implemented SCHOTT’s local strategy. He then served as Business Manager and Director of Operations (COO) of SCHOTT Gemtron Corporation in the USA from 2008 to 2014.

Jörg Hurtz has been the Chief Technology Officer (CTO) of Xella Deutschland GmbH since 2019 and a member of the Leadership, People & Organization Advisory Board at Quadriga University Berlin since 2014. He combines the worlds of supply chain & operational excellence with the topics of leadership, coaching and human resources development in a pragmatic and results-oriented manner. 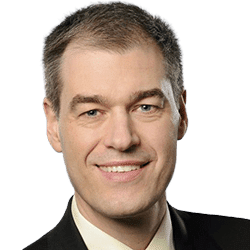