Jörn Thießen studied Protestant theology and German language and literature in Kiel. From 1986 to 1993 he was employed as a personal speaker and speechwriter by Björn Engholm, Minister President of Schleswig-Holstein, following his engagement as Deputy State Chairman of the Jusos.

From 1993 to 1994 he was an assistant at the Institute for Systematic Theology of the Christian-Albrechts-University in Kiel. After his ordination in 1994, he worked as a pastor in Hamburg. From 1998 to 2002, Jörn Thießen was personal advisor to the Federal Minister of Defence, Rudolf Scharping. In 2002 he moved to the Social Science Institute of the German Armed Forces, where he worked as director and professor until 2005. From 2005 to 2009, Thießen was a member of the German Bundestag. He was a member of the Defence Committee.

Since 2010, Thießen has been Head of the Human and Social Sciences Department and Director of the German Armed Forces Command and Staff College. 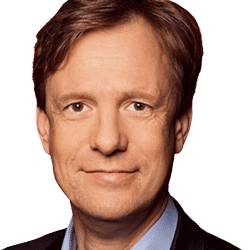