Since 2016, Lars M. Heitmüller has been in charge of marketing and communication at S-Kreditpartner (SKP), the credit specialist of the Sparkassen-Finanzgruppe. In this function he also developed the SKPlab on Berlin’s Gendarmenmarkt.

He previously held various positions at the fischerAppelt agency group between 2004 and 2016. Initially, he headed the press office of the Chancellor Initiative “Partners for Innovation” until 2006. He then built up the Public Affairs division and advised companies and associations on political lobbying. Later, as Head of Business Development, he organized the acquisition of new business for the agency group.

After training as a banker (IHK), Lars M. Heitmüller studied communications, politics and marketing in Berlin, Manchester (UK) and Charlotte (USA) and completed an Executive MBA at the Technical University of Munich.
Further information: www.LMH.de 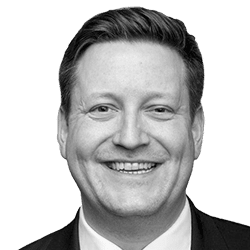