Markus Hipp has been a member of the BMW Foundation Herbert Quandt since 2006. Since then, he has been building the Foundation’s Responsible Leadership Programs and Global Network with a lot of energy, passion and a lot of miles.

Before that, he traveled around the world, mainly in the eastern part: Following his studies in philosophy at the Jesuits in Munich, he taught for two years at the Universities of Budweis and Brno in the Czech Republic as a fellow of the Robert Bosch Foundation. Fascinated by the people and their will to social transformation, in 1996 he and some friends founded the association MitOst, which works across cultural, linguistic and professional boundaries for cultural exchange, civil society engagement and sustainable urban development in Central, Eastern and Southeastern Europe.

After earning his first professional experience in sales and publishing, Markus Hipp became an Assistant to the Management Board of the Robert Bosch Stiftung in 1998. From 2000 to 2006, he helped design the program area Central, Eastern and Southeastern Europe. From 2002, he built the Berlin office of the foundation.

Originally from the Swabian Alb, Markus Hipp realized with his family of six in the Paretz in Havel – the former summer residence of King Friedrich Wilhelm III. von Preußen and Queen Luise – his personal version of the motto “Think global, act local”: The family created a special place for people and animals with their Storchenhof. Together with the founder Helga Breuninger, he developed the nationally and internationally known “Campus Paretz” for social innovations.

In addition to his professional activities, Markus Hipp is involved pro bono in numerous organizations and social enterprises, for example as a member of the board of the European Venture Philanthropy Association, on the advisory board of the Association of German Foundations, the network Impact Hub Global and Germany’s largest donation platform Betterplace.org. 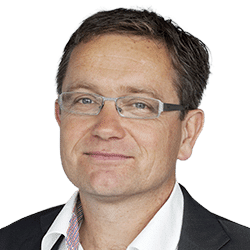