Maximilian Schöberl has been General Manager of BMW AG since 2015. Since September 2006, he has been in charge of Corporate Communications and Politics at the BMW Group, where he has been responsible for all communication and political activities of the car manufacturer worldwide.

After training as a forwarding agent at Bayerische Lloyd AG and studying business administration, Maximilian Schöberl began his career at ZDF in Mainz. From 1991 to 1992 he worked there as an editor for the political magazine Studio 1.

At the end of 1992, Dr. Theo Waigel, then CSU Chairman and Federal Minister of Finance, appointed him Head of Press and Public Relations at the CSU in Munich. In 1998, Schöberl moved to the Kirch Group in Munich, where he held a managing position in the Kirch holding. After the collapse of the Kirch Group, the insolvency administrator appointed Schöberl to his team.

After various liquidation tasks, Schöberl moved to Vodafone in 2003 and took over the position of Director of Corporate Communications and Politics in Germany.

In 2013, Schöberl was named “PR Manager of the Year” by PR Magazin. 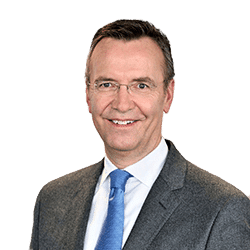