Prof. Dr Torsten Oltmanns is Professor of Economics and Applied Economic Policy at Quadriga University. He also signs responsible for the scientific management of the Competence Center for Political Economics.

Torsten Oltmanns, born in 1964, studied political economics at the University of Cologne while at the same time was trained to be an editor in the fields of economics and politics at Cologne School of Journalism. From 1994 to 1996, Prof. Oltmanns was the SPD’s personnel manager (second-largest German political party), then transferred to the economics sector where he was a manager at McKinsey and Company. In 2000, he took charge of the reform management department at the Ministry of Defense for a period of three years and three months.

Since 2004, Prof. Dr Oltmanns is partner and Global Marketing Director at Roland Berger Strategy Consultants in Hamburg and London. In this position, he signs responsible for the marketing strategies of the consulting’s 36 offices in 25 countries and consults corporations and the public sector on matters of strategic positioning. 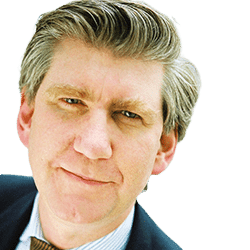