Rainer Gröbel, 66, has been Head of Human Resources at IG Metall for 22 years and was also Head of Organisational Policy at the Executive Board for several years. He has over 30 years of experience in various industrial supervisory boards, currently at GEA AG in Düsseldorf and Schunk GmbH in Heuchelheim. For many years, he has been an honorary judge at the Regional Labor Court of Frankfurt am Main. Before joining IG Metall for 30 years, he learned the profession of industrial clerk and studied economics and labor law at the Johann Wolfgang Goethe University in Frankfurt. Since December 2014 he has been Chairman of the Board of Trustees of the European Academy of Labour in Frankfurt and since October 2015 Managing Director of the Academy of Labour gGmbH, also in Frankfurt am Main. 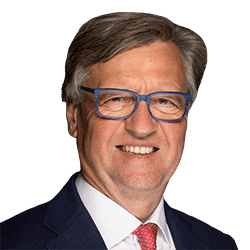