From 2006 to 2020 Richard Lips was Head of Corporate Communications at Commerzbank AG. He began his career after studying Modern History, German Literature and Linguistics in Tübingen and Rome. During his studies, he was already involved with the Stuttgarter Zeitung. From 1990 to 1993, Lips worked for the magazine Sonntag Aktuell and as an editor at Südwest Presse in Ulm.
In 1993 Richard Lips shifted his focus to corporate communications. He first worked as a press officer at Bayerische Vereinsbank and later at HypoVereinsbank. This was followed by seven years of commitment to the Allianz Group as Head of Financial Communications (1999-2004) and then as Head of External Communications and Deputy Head of Corporate Communications (2004-2006). 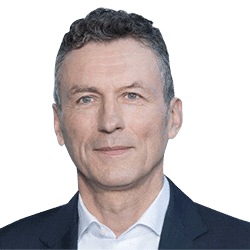