Thomas Jarzombek started his own business during his studies of economics in 1996 with an IT service company and was a partner of an IT services company until 2017. He has been politically active for more than 25 years, including as a member of the Düsseldorf City Council and the State Parliament of North Rhine-Westphalia. He was directly elected to the German Bundestag in the 2009, 2013 and 2017 Bundestag elections. Thomas Jarzombek has been district chairman of the CDU Düsseldorf since 2014. From 2014 to 2018 he was spokesman of the CDU/CSU parliamentary group in the German Bundestag for the Digital Agenda and a member of the committee. Since 2009 he has been a member of the Committee on Transport and Digital Infrastructure and since April 2018 National Coordinator of the Federal Government for Aerospace at the Federal Ministry of Economics and Energy.

In addition to his duties as Aerospace Coordinator, Thomas Jarzombek has been the Commissioner of the BMWi for the Digital Economy and Start-ups since 1 August 2019. The dialogue with the actors of the digital economy and the exchange with start-ups are his main areas of work. 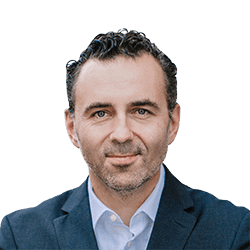