Thomas P. Wagner is Group CEO and Chairman of the Board of GETEC Group, the leading provider of contracting services and energy efficiency measures.
Previously, he was CEO of Dorma Deutschland GmbH, a global partner for premium access solutions and services. He was also an independent Senior Advisor and Startup Investor. Thomas Wagner, who holds an engineering degree in Germany and an Executive MBA degree in the Netherlands, has many years of international management experience. He worked for several years at Otis Elevator Company, where he initially held numerous management and sales positions. In 2001 he became a member of the executive board of OTIS Deutschland GmbH & Co and operated from 2002 to 2006 as Eastern European Area Manager in Russia for 4 years. In 2006 he was also appointed CEO and Managing Director of OTIS Deutschland GmbH & Co. 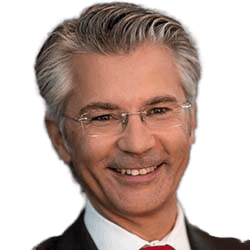