Previous positions: Press officer of the I. Korps, Bundeswehr; business journalist.
From 1999 to the end of 2011, Thorsten Strauß held various management positions at the international media company Bertelsmann AG and its service subsidiary Arvato. Most recently, he was Executive Vice President at Bertelsmann AG. As a divisional executive, he was responsible for corporate communications, marketing and public affairs.
He joined Deutsche Bank AG at the beginning of 2012 as Global Head of Communications, Corporate Social Responsibility and Public Affairs. He is a divisional director and a member of the bank’s management board for Germany.
Since the beginning of April 2016, as BV and member of MCG, he has been in charge of the global art, culture and sports commitment of Deutsche Bank – a newly established division – as well as parts of the foundation system.
Further mandates (among others)
Prussian Cultural Heritage Foundation, Chairman of the Board of Trustees, Berlin

Berliner Philharmoniker Foundation, Member of the Board of Trustees

Städel Museum, Member of the Board of Trustees of the Museum, Frankfurt

Chairman of the Board of the Deutsche Bank AG Foundation Fund

Quadriga Hochschule Berlin, Member of the Board of Trustees of the Berlin University of Applied Sciences, Berlin 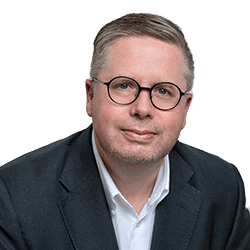