After completing his studies in “Languages, Economics and Cultural Studies” in Passau and London as well as internships at Honda in London and Barcelona, Wolfgang Büchel started a management trainee program at the BMW Group. During his almost 25 years with the company, he held numerous management positions in sales, marketing and general management. He worked in the corporate headquarters, in domestic and foreign subsidiaries as well as in several German branches – most recently as head of the Branch Network East with operations in Berlin, Leipzig, Dresden and Chemnitz. He is currently Head of MINI Germany and thus part of the BMW Group’s German Sales Management as well as a member of the international MINI management team. In addition to sales, marketing and customer orientation, leadership, coaching and personnel development are among the manager’s great passions. 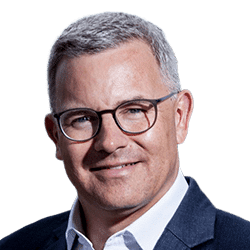