Dominik Lamminger is a member of the Executive Board of the Federal Association of Public-Sector Banks (VÖB) and heads the Promotional Banks, Financing and Association Control division. In his role, he is responsible in particular for supporting development banks and financing corporate customers, SMEs and the public sector. In addition, he is responsible for communication, strategy and committee support of the central association of public banks. Before joining VÖB in 2009, the trained banker and native Wolfratshauser was BayernLB press spokesman in Munich.

All stations at a glance: 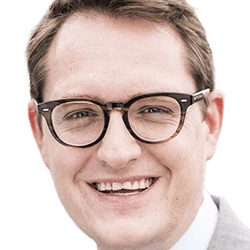