Janfried A. Tirre has been responsible for Sales & Marketing at Linde Hydraulics as Managing Director and Chief Sales Officer since August 2014.
Mr. Tirre joined Linde Hydraulics from Weichai Power, where he had been responsible for strategy and business development in the Hydraulics division since September 2013. Prior to that, he held a number of management positions at Sauer-Danfoss:
In 2011, as President China, he assumed responsibility for Sauer-Danfoss’ growth strategy in China. Previously, he had been Vice President Sales & Marketing APAC at Sauer-Danfoss since 2009 and President of the Sauer-Danfoss joint venture with Daikin (SDD).
His career at Sauer-Danfoss has also included positions as an Application Engineer since joining the company in 1990: Director Sales & Marketing APAC (2008), Director Market Management (2004), Market Manager (2001) and Key Account Manager (1994).
Mr. Tirre holds an engineering degree from Jade University, Wilhelmshaven and an Executive MBA from Kiel University. 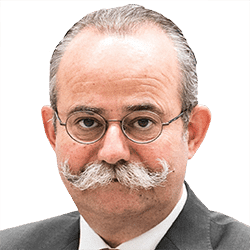