Ms. Katharina Pahl is an independent Senior Advisor in the HR department. She holds a degree in business administration. During her professional career, she has worked as Head of International Human Resources at OBI Bau- und Heimwerkermärkte and as Managing Director at Kaufhof Osnabrück. Prior to her self-employment, she worked for 4 years as Head of Human Resources (2006-2010) at Metro Group Buying and 3 further years (2011-2013) as Managing Director Human Resources at Dorma Holding. Ms. Katharina Pahl was also a member of the Executive Committee of the Federal Association of Personnel Managers until June 2013 and has been a member of the Advisory Board of the HTW since the foundation of the Master’s programme in Work and Personnel Management. 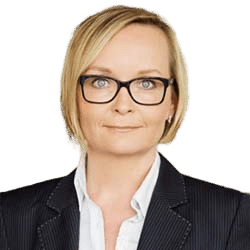