Martin Biesel (* 1962) began his political career in 1990 as an advisor to Otto Graf Lambsdorff, the Federal Chairman of the FDP, and subsequently held leading positions at the party headquarters of the FDP until 1999.
Martin Biesel has been Guido Westerwelle’s political companion for many years as office manager since 1994.
Martin Biesel was appointed State Secretary in the Federal Foreign Office in 2009 and in this function also coordinated the coalition work of the FDP under Vice-Chancellor Guido Westerwelle. After retiring from political office in 2011, Martin Biesel returned to the Public Affairs Division as an authorized representative of the Air Berlin Board of Management. Prior to that, he had already worked in Public Affairs at EADS ( Airbus) from 1999 to 2001.
In January 2017, Martin Biesel founded his own political consultancy. He is also currently Secretary General of the Westerwelle Foundation.
Martin Biesel holds an M.A. in Political Science from the University of Bonn. 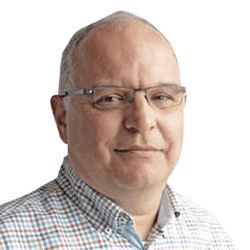