Merlin Koene is a partner at fischerAppelt advisors.

He was previously Executive Vice President Communications at ProSiebenSat.1 Media SE and Director Communications at Unilever in Germany, Austria and Switzerland. In cooperation with a team in the three countries, he managed the company’s internal and external communications as well as public affairs and corporate social responsibility from Hamburg. In addition, as a member of the Executive Board, he formed the interface to the Communications Europe and Global divisions.

Koene was initially Head of Corporate Communications at Pirelli Real Estate in Germany. Prior to that, he worked for the strategic communications consultancy CNC, where he also advised companies in the consumer goods sector. From 2003 to 2006 he was Head of Reuters Business TV in Germany. Koene is a Dutch citizen and studied at universities in London and Grenoble. 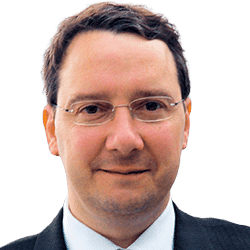