Michael Jansen, born on 2 March 1968 in Mainz, studied Political Science, Modern History and Constitutional Law at the Rheinische Friedrich-Wilhelms-Universität Bonn. After completing his master’s degree in 1994, he worked as a research assistant for various members of the Bundestag. From 2001 to 2005 he was a foreign and security policy officer in the planning group of the CDU/CSU parliamentary group in the Bundestag. At the beginning of 2006, he moved to the federal office of the CDU; until the end of 2009, he headed the office of the CDU’s federal chairman, Chancellor Dr. Angela Merkel. At the beginning of 2010, Jansen switched to the business world: He initially became Manager Governmental Affairs at Deutsche Post DHL and one year later took over as Head of the logistics service provider’s Berlin Group Representative Office. Since April 2015, Michael Jansen has headed the Group Representative Office Berlin of Volkswagen AG. 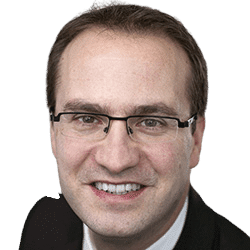