Chairman of the Management Board
50hertz

Stefan Kapferer was born on 6 November 1965 in Karlsruhe. After graduating from high school and completing his military service, Mr. Kapferer studied administrative sciences at the University of Konstanz. After graduating at the end of 1992, he worked as a scholarship holder at the Treuhandanstalt Berlin on a research project.
From September 1993 to the end of 1998, Mr. Kapferer worked for the Lower Saxony FDP regional association in Hanover. From January 1999, he worked in the FDP parliamentary group for its chairman, Dr. Wolfgang Gerhardt, who appointed him head of the Strategy and Campaigns department at the federal office in August 1999.
In August 2003, Mr. Kapferer moved to the Lower Saxony State Chancellery as head of department. As Head of the Representation of the State of Lower Saxony to the Federal Government, he accompanied the legislative work in the Bundesrat.
In October 2008, Walter Hirche, Lower Saxony’s Minister for Economic Affairs, Labour and Transport, appointed Mr Kapferer as his State Secretary in Hanover. In addition to his activities in the Ministry, Mr. Kapferer was Chairman of the Supervisory Board of N-Bank, the Development Bank of Lower Saxony and the JadeWeserport-Realisierungsgesellschaft.
In 2009, Mr. Kapferer was appointed State Secretary of the Federal Ministry of Health. As the only permanent State Secretary in the Federal Ministry of Health, he had overall political and organisational responsibility.
With the appointment of Dr. Philipp Rösler as Federal Minister of Economics and Technology, Mr. Kapferer moved to the Federal Ministry of Economics and Technology in June 2011. His main tasks included coordinating legislation with the Federal Chancellery as State Secretary of the Vice Chancellor. He also regularly represented the Ministry on European councils such as the Council of Energy Ministers. The transfer of State Secretary Jochen Homann to the Federal Network Agency added responsibility for the Energy Department. Mr. Kapferer also took over as Chairman of the Supervisory Board of the German Energy Agency. After the parliamentary elections in 2013, Mr Kapferer remained State Secretary to Federal Minister Sigmar Gabriel in the Federal Ministry of Economics and Energy.
From October 2014 to April 2016, Mr. Kapferer was Deputy Secretary General of the Organisation for Economic Cooperation and Development (OECD) in Paris. He was responsible for the organisation’s work in the areas of “Science, Technology and Industry” and “Employment, Labour, Social Security” as well as the “Centre for Entrepreneurship”.
Since 1st of May 2016, Mr Kapferer has been Chairman of the Executive Board of BDEW. On 25th of June 2019 he was elected as the new Chief Executive Officer for 50Hertz.

Mr. Kapferer is married and has two school-age children. His place of residence is Berlin. 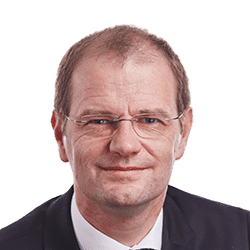