Ulrike Pott has been Head of Content at the German Insurance Association (GDV) since August 2014. Already since August 2008 the economist was press spokeswoman and head of the press and information department at the GDV, but after the repositioning of communication she is now in charge of the area of strategic orientation. Thereby she plans the medium- and long-term focus in communication. Within this framework, she has a team for specialist communication and a reporter pool around her.

Before that she worked as a press spokesperson for the Association of Private Health Insurance and as head of the Social Policy Department at the GDV. 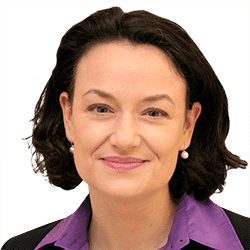