Since May 2014 Volker Heck is the managing director of Deekeling Arndt Advisors. He is responsible for strategic communications consulting, media relations and executive coaching.

From October 2006 to April 2014, he was Head of Corporate Communications at RWE AG, including Public Affairs. Volker Heck spent 18 years of his career at RWE and has a deep knowledge of internal, industry-specific and political interrelationships. Immediately after studying economics at the Rheinische Friedrichs-Wilhelms-Universität Bonn, Volker Heck started in 1991 as a consultant in the central department of corporate development. In 1994 he became head of the Political Analysis Department. One year later, he headed the Economics Department in the Corporate Development Central Division. Heck finally moved to the Press Department of the Corporate Communications department in 1999, where he also took over management. Before Heck became Head of Corporate Communications, he was responsible for the Central Energy and Environmental Policy Division and the Group’s representative office in Berlin from 2003. 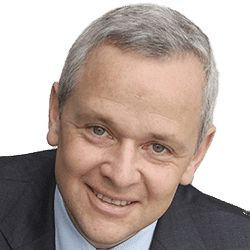